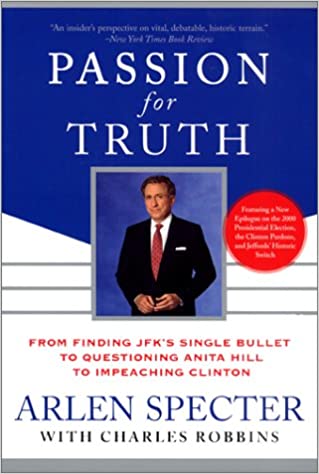 An honest look at some of the most controversial and earth-shaking American events of the last half-century, includes the Kennedy assassination and President Clinton's impeachment, as seen through the eyes of a veteran senator. Reprint. 15,000 first pirnting.

Arlen Specter has been a Republican member of the U.S. Senate since 1981 and is in the middle of a fourth term. He lives in Washington, D.C., and Philadelphia, Pennsylvania, with his wife, Joan. They are the parents of two sons, Shanin and Steve.
No Review Found