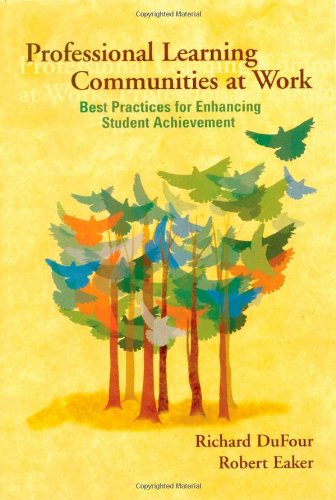 The book that launched a school improvement movement offers research-based recommendations drawn from the best practices found in schools nationwide for continuously improving school performance. Coming from the perspectives of both a distinguished dean of education and one of Americas most widely acclaimed practitioners, this resource provides specific, practical how-to information about transforming schools into results-oriented PLCs.

Richard DuFour, EdD, in a distinguished career spanning four decades, was a public-school educator, serving as a teacher, principal, and superintendent. A prolific author and consultant, he was recognized as one of the leading authorities on helping school practitioners implement the Professional Learning Communities at Work process in their schools and districts. Over the course of his career, he was the author of numerous books, including the best-selling Professional Learning Communities at Work, Learning by Doing, and In Praise of American Educators. During his 19-year tenure as a leader at Adlai E. Stevenson High School in Lincolnshire, Illinois, Stevenson was one of only three schools in the nation to win the United States Department of Education Blue Ribbon Award on four occasions and the first comprehensive high school designated a New American High School as a model of successful school reform.

Robert Eaker, EdD, is professor emeritus at Middle Tennessee State University, where he also served as dean of the College of Education and interim vice president and provost. Dr. Eaker is a former fellow with the National Center for Effective Schools Research and Development. He has written widely on the issues of effective teaching, effective schools, helping teachers use research findings, and high expectations for student achievement. Dr. Eaker was instrumental in the founding of the Tennessee Teachers Hall of Fame and was a regular contributor to the Effective Schools Research Abstracts series.
No Review Found
More from Author