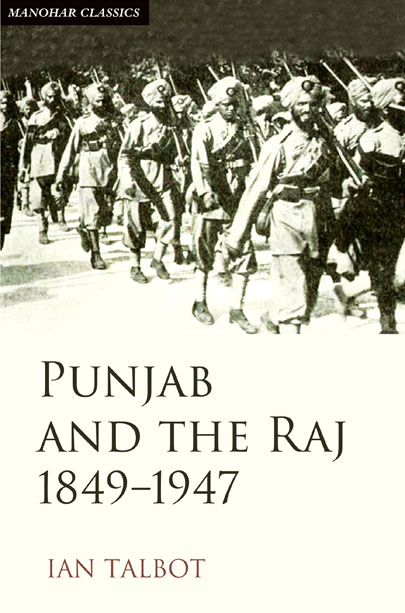 This classic study of the Punjab province of British India focuses on the role which it played as a bastion of imperial interests and the resulting legacies for its politics. The province was both the ‘sword arm’ and the ‘breadbasket’ of India. The British recruited into the Indian Army, Punjabi Muslims, Sikhs and Hindus from the so-called ‘martial castes.’ They were rewarded with tracts of lands in the new canal colonies which were created in a massive irrigation development from the 1880s. The social engineering which accompanied the transformation of the barren ‘waste’ of the West Punjab formed part of the economic and political entrenchment of loyalist landowning elites. The 1901 Punjab Alienation of Land Act stemmed their expropriation by urban moneylenders as a result of rising indebtedness. The resulting provincial particularities of an urban-rural divide which cut across communal identities, forms an important counter-narrative to the ‘inevitability’ of Partition in the province which Jinnah dubbed the ‘corner-stone’ of Pakistan. The volume describes both the rise of the cross-community Unionist Party and the historical contingencies attendant on the Second World War which eventually enabled the Muslim League`s crucial breakthrough in the region.

Ian Talbot is Professor of Modern British History at the University of Southampton where he was formerly Head of Department and Director of the Centre for Imperial and Post-Colonial Studies and Director of the Humanities Graduate School. He has published extensively in the fields of Colonial Punjab History, the Partition of India and the History of Pakistan. His works on Partition include Divided Cities: Partition and Its aftermath in Lahore and Amritsar 1947-1957 (2006); and The Partition of India (with Gurharpal Singh, 2009). His first major publication, Punjab and the Raj (1988) set the region`s division in the wider sweep of colonial administration of the province. His most recent publications include: A History of Modern South Asia: Politics, States, Diasporas (2016) and (with Tahir Kamran) Lahore in the Time of the Raj (2016); Pakistan: A New History (2012); Pakistan: A Modern History (2009).
No Review Found
More from Author