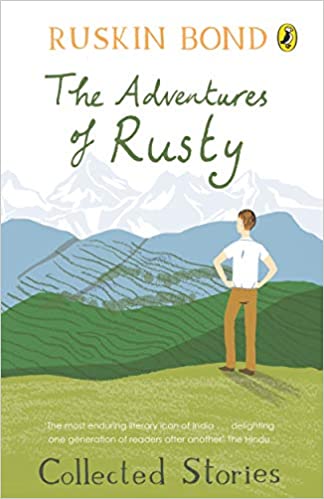 The Adventures of Rusty: Collected Stories

5
0%
0
4
0%
0
3
0%
0
2
0%
0
1
0%
0
The Adventures Of Rusty: Collected Stories has been written by Ruskin Bond, one of India’s most-loved authors of children’s books. This book features the titular character of Rusty, an anglo-Indian boy who bears close resemblances to author when he was a child himself. In this way, it can be considered a semi-autobiographical, semi-fiction work which has been written in lucid English. The Adventures Of Rusty: Collected Stories features stories from the time when Rusty studies at a residential school located in Dehra. It also features stories where Rusty is surrounded by the vastness of nature and its infinitely beautiful creations. This book also features Uncle Ken as a character who has trouble finding a well-paying, steady job. Also included is a story where Rusty plans to travel 800 miles in order to meet his Uncle Jim, who is a sailor. The stories travel at a slow, laid-back pace and gradually, immerse the reader into their mellow universe. This book portrays the non-judgemental nature of the author, as he describes the various people he met in life through the tales of his young character, Rusty. Rusty’s unexpected confrontation with a leopard and his experience of life as a young author in London are described in some of the stories. The tales in this book are funny, adventurous, and above all, thought-provoking. They can be enjoyed by young readers as well as older readers. The Adventures Of Rusty: Collected Stories was published in 2012 by Penguin India, and is available in the form of a paperback.