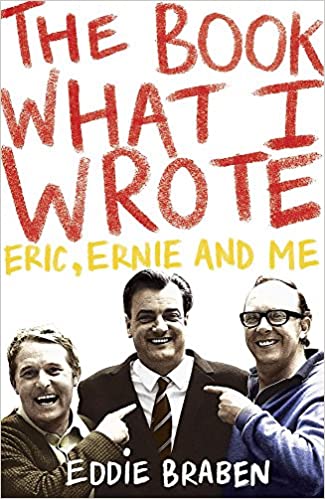 The Book What I Wrote

With his recent theatrical success, THE PLAY WHAT I WROTE, Braben shows that the audience for the spirit of the incomparable Eric and Ernie is just as alive today as it was in their glory years. Now, the key figure behind their success, scriptwriter Braben, has written his autobiography - with the inimitable, timeless humour, warmth and affection for Eric and Ernie of that wonderful bygone era which made their classic sketches so successful. From Liverpool to London and on to Snowdonia, Braben peppers his story with wonderful anecdotes about the original straight man and his amiable sidekick. The Book What I Wrote is as much a unique biography of the charismatic Eric and Ernie as it is an autiobiography of the man on whose gags their success was made.

Having begun his career as scriptwriter for Ken Dodd, Eddie Braben discovered Eric and Ernie in the late sixties. His hilarious scripts for the comic duo and his remoulding of their TV personas transformed them into the household names they remain today. Born in Liverpool, Eddie has now moved to Snowdonia.
No Review Found