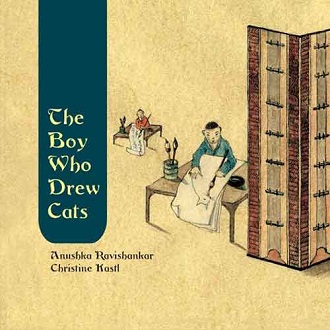 The Boy Who Drew Cats

Akiro draws only cats… cats, cats and more cats! No matter what he is asked to do, he simply draws cats! And this artistic tendency leads him to an adventure one day – an adventure that will change his life. Go on a journey in this Japanese folktale retold by Anushka Ravishankar with intricate illustrations by Christine Kastl in water colours and ink on rice paper.

Anushka Rravishankar is a widely published children's writer playwright, poet and translator. Her joyous adaptions of Indian folktales, her hilarious original stories and her jubilant exploits in nonsense verse have won her several awards and critical acclaim. Anushka lives in Delhi and runs her won children's publishing house.

Christine Kastl grew up in Germany. She studied art and design in North Germany and Illustration in Strasbourg(France) at the ESAD (Ecole Superieure des Arts Decoratifs). In 2007, she was awarded the Kunstforderpreis Friedrichshafen, a prestigious art award.
No Review Found