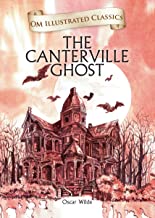 5
0%
0
4
0%
0
3
0%
0
2
0%
0
1
0%
0
The Memoirs of Sherlock Holmes sees Sherlock Holmes and his friend, Dr. Watson, pursuing the strangest of cases across Britain once again. This edition boasts of stories where Holmes deals with challenges which defy the understanding of most people. Conan Doyle’s genius shines through as he spins tales and shapes them around the extraordinary ability of Holmes. The bizarre cases that Holmes takes up are fascinating, for they fall beyond the mundane. Indulge children in this volume of stories that have enthralled readers over generations.