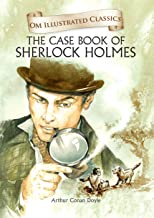 5
0%
0
4
0%
0
3
0%
0
2
0%
0
1
0%
0
A prisoner named Jean Valjean is released from prison after nineteen years. He is turned away and shunned from every door in a town before he finds refuge in a Bishop’s house. But he steals from the Bishop who forgives him. Jean Valjean mends his ways to become a rich man but is recognized by Inspector Javert. Javert’s sole aim is to put him behind bars again. Javert tries to capture Jean Valjean but it results in the death of Fantine, a working-class mother whose child Valjean rescues from the evil innkeeper and his wife. He raises Cosette like his own and his life is transformed by love for the child. But Jean Valjean’s life changes when Cosette falls for Marius and the French Revolution breaks out. Set in 19th century Paris, Les Misérables is arguably the best classic of French literature.
No Review Found