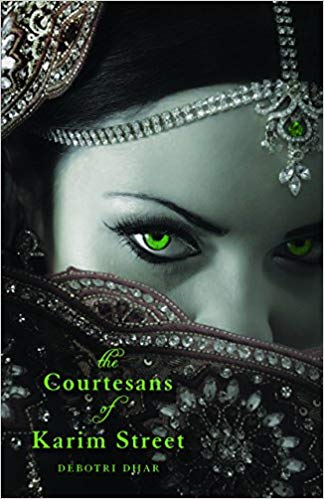 The Courtesans of Karim Street

A spiteful anonymous letter. The promise of a redgold tree. And Megan Adams sets off on a ten thousand mile journey. From the scenic suburbs of Princeton and a high crime neighbourhood of Newark in USA, onwards to India, into the posh parts of New Delhi and the narrow bazars of the old city, Megan’s travel plucks her from the politics of American academia to bring her face to face with the lurking shadows of an untold past. On an entirely different journey is Naina, a young Indian woman who must navigate the stony, impenetrable divide between the old and new sides of Delhi every day. Inheritor of an ancient tradition, she can still hear – above the wail of bangle-sellers and kabadiwallahs, the smoky, guttural rasps of the newer factories, and the old city’s metallic din of lathes – the music of the sarangi and the tinkling whisper of anklets. As their stories and cultures collide, a saga unfolds, of love, loss and liberation, of timeless friendships, and of impossible choices.

Debotri Dhar was educated in India, the United Kingdom and the United States. Her first novel, penned at eighteen, was reviewed by several Indian newspapers and journals. Her short stories have since appeared in literary magazines, journals and anthologies in India, UK, USA, Singapore, Canada and elsewhere. Her most recent work of fiction is a collection of short stories. Delightfully fond of both fact and fiction, Debotri juggles creative writing with her day job as an academic. She earned a Bachelor’s degree from Delhi University, a Master’s degree in Women’s Studies, with distinction, from the University of Oxford, UK, and a Ph.D. in Women’s and Gender Studies from Rutgers University, USA. She previously taught at Rutgers University and held a research affiliation with Boston University, was visiting faculty member at the College of Wooster, Ohio and is currently Visiting Fellow and Lecturer at the University of Michigan, Ann Arbor. The Courtesans of Karim Street is her second novel.