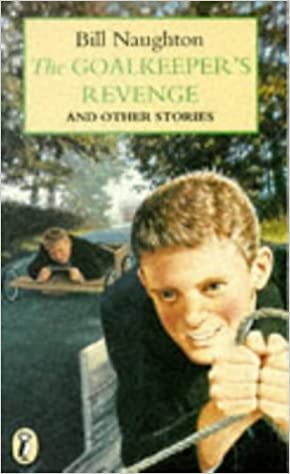 The Goalkeeper's Revenge and Other Stories

It was the custom for lads to gather at the street corner on summer evenings and discuss trolleying. Spit Nolan was the champion trolley-rider. He had very good balance, sharp wits and he was very brave.

The dramatic story of Spit Nolan is one of thirteen in this collection of funny and stirring tales set in the 1930s. With warmth and vigour, Bill Naughton describes the good-humoured exploits of a lively group of boys.

Bill Naughton (1910-1992) was a British playwright and author best known for his plays 'Spring and Port Wine' and 'Alfie', the latter which he adapted for screen in the iconic 1966 film starring Michael Caine. Born in Ireland, he grew up in Lancashire and his writing contains vivid evocations of the impoverished mining communities of the North of England, bound together by ties of family, kith and kin. Bill Naughton won the Screenwriters award 1967 and 1968 and the Prix Italia for Radio Play '1974' before settling in the Isle of Man where he wrote several children's books based on his childhood memories.
No Review Found