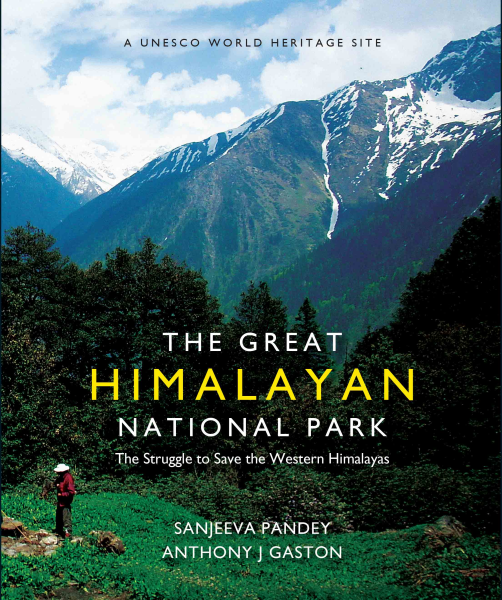 The Great Himalayan National Park: The Struggle to save the Western Himalayas

The Great Himalayan National Park Conservation Area, a UNESCO World Heritage Site, is one of the most important protected areas in the Himalayas, one of the World’s great biological realms. The book is intended both as a history and an ecological overview of the Park and as a plea for continuing conservation of the rich legacy of Himalayan plants and animals.

In addition to descriptions of the ecology, the book includes local history and culture and a review of current development in the region. The inscription of the Park into the UNESCO World Heritage List in 2014 confirmed the Outstanding Universal Values of the area, which contains the most important and significant natural habitats for in-situ conservation of Western Himalayan biological diversity.

The pictures, taken by the authors and their collaborators, vividly illustrate the grandeur and diversity of the area.

The book has universal appeal: to naturalists, scholars, resource managers, trekkers, arm-chair travellers. Success and failure along the road to creating today’s Park are discussed frankly to inform future management efforts and there are numerous examples of conservation in action that will motivate a new generation of naturalists and ecologists to continue the fight to protect the ecology of the greatest mountains on earth.

Anthony J Gaston has studied Indian wildlife, especially birds, since 1969, including research for his PhD (at Oxford University). He worked as a Senior Research Scientist with the Government of Canada, concentrating on the ecology of the Arctic and the Pacific-coast archipelago of Haida Gwaii. He headed the initial 1980 and 1983 Himachal Wildlife Project, consisting of international teams of scientists. He played a major role in supporting GHNP through his research.

An officer of the Indian Forest Service (1982 batch), Sanjeeva Pandey has served as Director of the Great Himalayan National Park (GHNP) from 1998 to 2006, a prime hotspot of biological diversity in the western Himalayas, India, where he engaged himself in biodiversity conservation through livelihood-based natural resource management. Sanjeeva has travelled to many countries and contributed to numerous training manuals, written papers, newspaper and journal and electronic media articles.