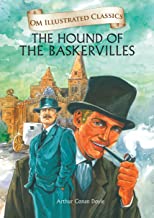 5
0%
0
4
0%
0
3
0%
0
2
0%
0
1
0%
0
Jane Eyre is the tragic story of an orphan young women jane with a strong sense of self. It follows the difficult life journey of jane.who despite experiencing a harsh and loveless upbringing blossomed into an educated virtuous, independent, strong lady facing many challenges with grace and dignity. The beautifully illustrated classic stresses the importance of believing in one own self and having faith, hope and courage in life.