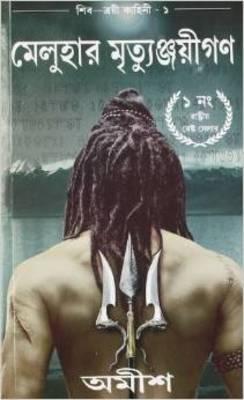 The Immortals of Meluha (Shiva Trilogy)

5
0%
0
4
0%
0
3
0%
0
2
0%
0
1
0%
0
About The BookThe Immortals of Meluha, available in paperback, is a story revolving around Lord Shiva, but portrays him as a human, who becomes God only because of his deeds and actions. It's a thriller novel dotted with history, mythology, philosophy and love.The story is about Shiva, a warrior, whose responsibility is to protect the Meluhan empire from attackers. The Meluhan land, created by Lord Rama is occupied by the Suryavanshis, who are known to be proud of their power and lifestyle.The Immortals of Meluha further describes the situation where the Suryavanshi empire is at war with the Chandravanshis, who have allegedly teamed up with the Nagas. The Nagas are a community of human beings who were deformed at birth, but are well endowed with martial art skills. It talks about how the Suryavanshis ask Shiva to help them, after his throat turns blue on arrival. He's considered as the fabled Neelkanth, who is destined to save them.The Immortals of Meluha was published on 20th May, 2013. The book describes Shiva's critical decisions and actions as the story unfolds. The rage of Shiva leading to the war is well expressed. Furthermore, this book is ideal for those who like adventure, mystery, thrills and mythology. Philosophical content is stumbled upon every now and then in different contexts.Key Features This book was bestselling within a week of its release. This book is the first in the trilogy of Shiva.