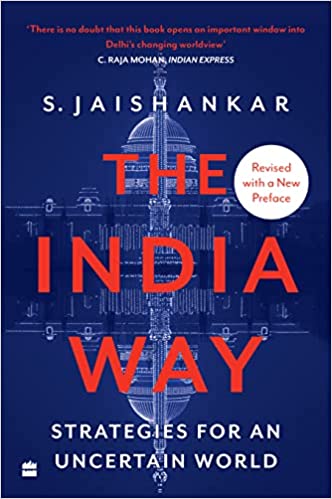 The India Way: Strategies for an Uncertain World

The global order is always evolving, and in that sense, change could well be seen as a constant factor. But that ongoing evolution has now been given a sharper edge by the impact of the coronavirus pandemic, developments in Afghanistan, the Ukraine conflict and greater friction among key powers. 'One Trend and Four Shocks' are thus creating a new landscape.

The 'Four Shocks' have, each in their own way, led to heightened global anxiety and insecurity. This era of upheaval entails greater expectations from India, putting it on the path to becoming a leading power.

In The India Way, S. Jaishankar, India's Minister of External Affairs, analyses these challenges and spells out possible policy responses. In doing so, he is very conscious of balancing India's national interest with international responsibilities. He places this thinking in the context of history and tradition, appropriate for a civilizational power that seeks to reclaim its place on the world stage.

S. Jaishankar has been India's Minister of External Affairs since May 2019. He is a member of the Rajya Sabha representing Gujarat. He was India's foreign secretary from 2015 to 2018. In a career spanning four decades in the Indian Foreign Service, he served as India's ambassador to China and the US, among other roles, and played an important part in the Indo-US civil nuclear deal.
No Review Found
More from Author