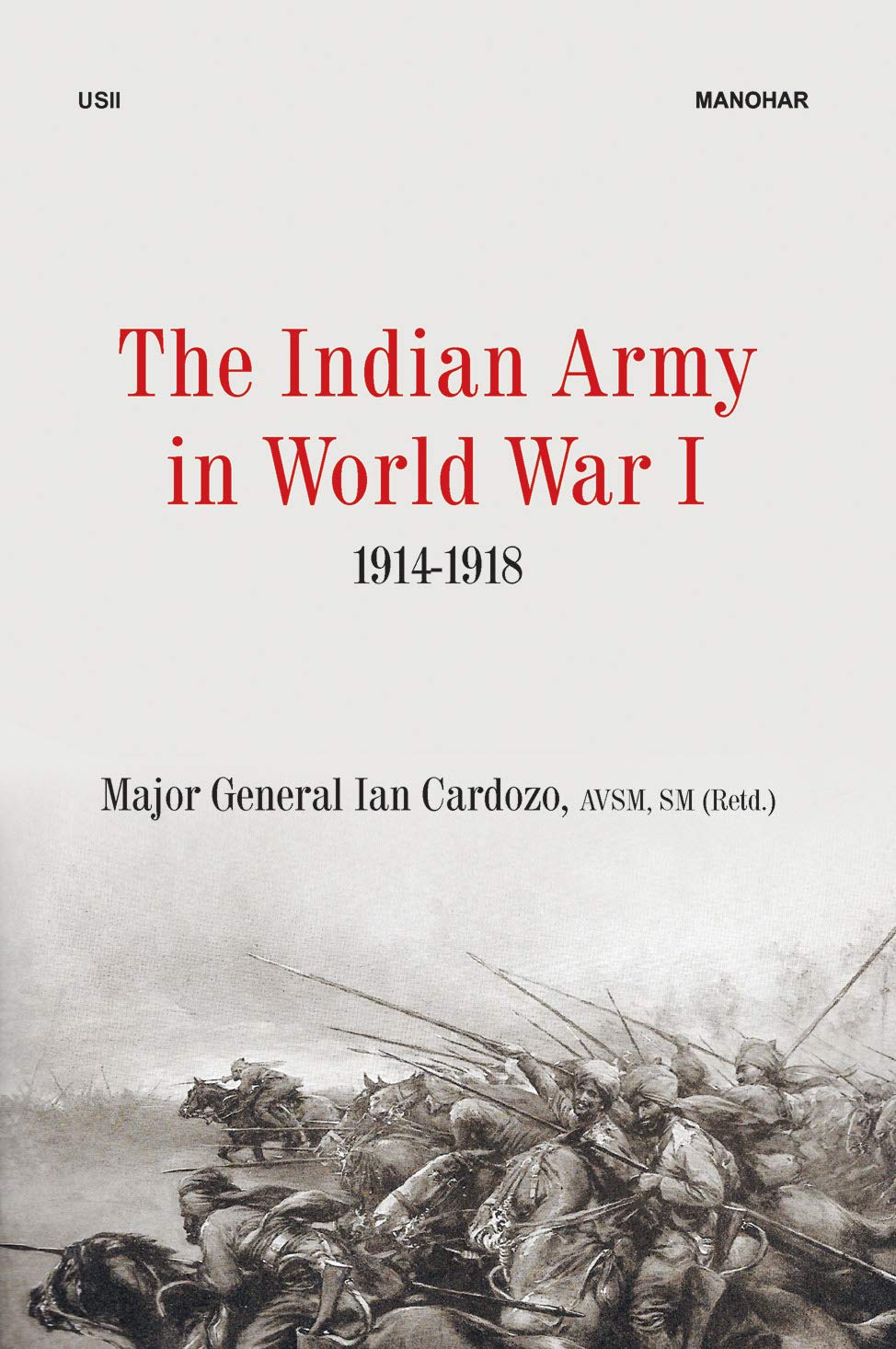 This volume tells the story of India’s contribution to the Great War – a war that resulted in the decimation of ten million soldiers and twenty million civilians, the destruction of the youth of Europe and the Ottoman, Russian and Austrian dynasties and hastened the demise of the British and French empires, gave rise to Nazism, Fascism, Communism and is the progenitor of all the wars since then in Europe and the Middle East.

India’s participation in this most destructive war had the support of Indian politicians of that time, because Britain gave a commitment that if India wanted ‘Dominion Status’ then it would need to take part in this war. Seven expeditionary forces were sent to fight on the battlefields of Europe, Asia and Africa. It is generally accepted that the first expeditionary force which was sent to Europe was largely responsible for stopping the German advance to Paris and the Channel ports.

Over a million Indian soldiers were sent overseas of which 74,000 were killed, twice that number was wounded and 60,000 declared missing. India was the largest contributor not only in men but also in money, animals and equipment.

Regrettably the story of the part played by the Indian soldier in this war has not been adequately told. Indian authors and the United Service Institution of India have attempted to fill this gap. This is one of the few books that has tried to redress this imbalance.

Major General Ian Cardozo was educated at St. Xavier’s School and College, Mumbai. At the National Defence Academy he was awarded the gold and silver medal and is the first officer of the Army to be awarded the Sena Medal for gallantry on a patrol on the Sino-Indian border. He has taken part in three wars. Not deterred at losing a leg in 1971, he went on to command a battalion, brigade and division. He retired as Chief of Staff of a corps in the North East.
No Review Found