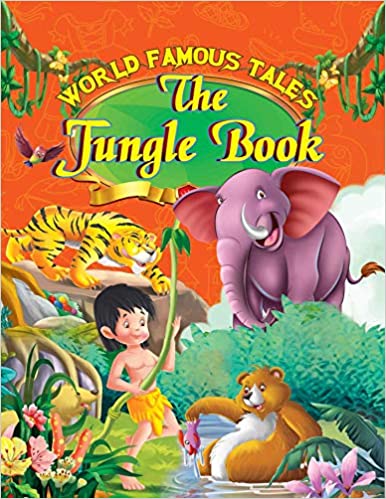 5
0%
0
4
0%
0
3
0%
0
2
0%
0
1
0%
0
Long before Disneyâ€™s animated movie, author Rudyard Kipling wrote down the story of Mowgli, the boy abandoned deep in the jungle. The baby Mowgli was discovered by the panther Bagheera, who brought him to the wolves to be raised. Mowgli grew up happily, learning the way of the jungle from the wolves, Bagheera, and his friend Baloo, the bear. One day, Mowgli is captured by mischievous monkeys and Baloo, along with the serpent Kaa, is forced to fight them off. While the friends celebrating their victory, the tiger Sher Khan, who had been hunting Mowgli, discovers them and attacks! Can Mowgli save his best friend from the most hated animal in the jungle?