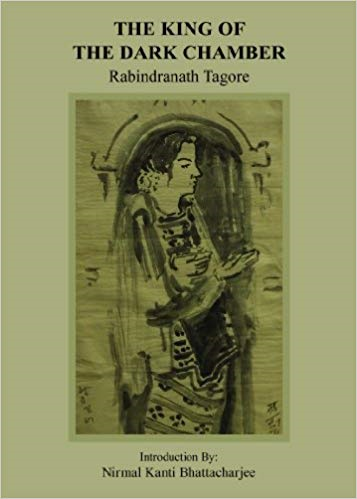 The King of the Dark Chamber

With an introduction by Nirmal Kanti Bhattacharjee, this is one of Rabindranath Tagore’s most iconic plays. An allegory of an individual’s spiritual and personal awakening in the quest for truth and beauty, the King of the title is invisible to his subjects

Rabindranath Tagore, sobriquet Gurudev, was a Bengali polymath who reshaped Bengali literature and music, as well as Indian art with Contextual Modernism in the late 19th and early 20th centuries. Author of Gitanjali and its â€œprofoundly sensitive, fresh and beautiful verseâ€, he became the first non-European to win the Nobel Prize in Literature in 1913.He is sometimes referred to as â€œThe Bard of Bengalâ€.

Nirmal Kanti Bhattacharjee taught English Literature at Gauhati University for ten years and Comparative Literature at Jadavpur University for five years. He then joined Sahitya Akademiâ€™s Eastern Regional Office at Kolkata as its Secretary. After putting in a decade there, he shifted to Delhi and worked as the Director of the National Book Trust, India for a five-year tenure. Later, he also worked as the Editor of Sahitya Akademiâ€™s prestigious journal Indian Literature for five years and Director of K. K. Birla Foundation, New Delhi for six years. Currently he functions as the Editorial Director of Niyogi Books. An accomplished translator from Bengali into English and vice versa, his English translations of fictions of Mahasveta Devi, Sunil Gangaopadhyay and Sirshendu Mukhopadhyay have been well received. He has also translated a short story collection of U. R. Anantamurthy and a novel by Viswas Patil into Bengali. Recipient of the best translatorâ€™s award from IBBY Congress, Mr Bhattacharjee has also edited a collection of stories of displacement from Assam.
No Review Found
More from Author