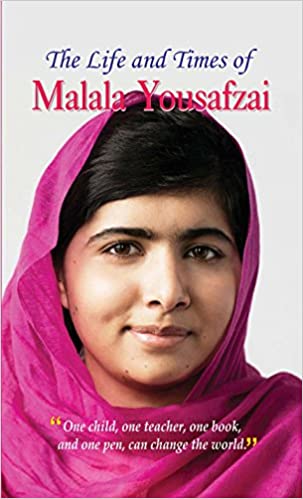 The Life and Times of Malala Yousafzai

5
0%
0
4
0%
0
3
0%
0
2
0%
0
1
0%
0
Malala was just 11 when the Taliban took control of the Swat Valley in Pakistan. Despite her very young age, when the Taliban invaded Valley and tried to take away what she valued the most in the world, her education, she spoke out and even blogged about it. On 9th October 2012, Malala was shot in the head at point-blank range while riding the bus home from school and her chances to survive were remote. But Malalaâ€™s miraculous recovery has taken her on an extraordinary journey from a remote Valley in northern Pakistan to the halls of the United Nations in New York. At seventeen, she became a global symbol of peaceful protest and the youngest awardee ever for the Nobel Peace Prize in year 2014. This enthralling memoir brings you the remarkable tale of a family uprooted by global terrorism. Malala proved that the power of one personâ€™s voice to incite change can make lot of difference in the world. Malala is the symbol of enlightenment and courage in modern age.

Anita Gaur is a freelance writer who is also associated with television serials. She undertook script-writing for a number of serials on fiction, science fiction and comedy. In addition, she is actively involved in writing scripts and presenting them on different media. A number of her books have been published and appreciated by readers.
No Review Found
More from Author