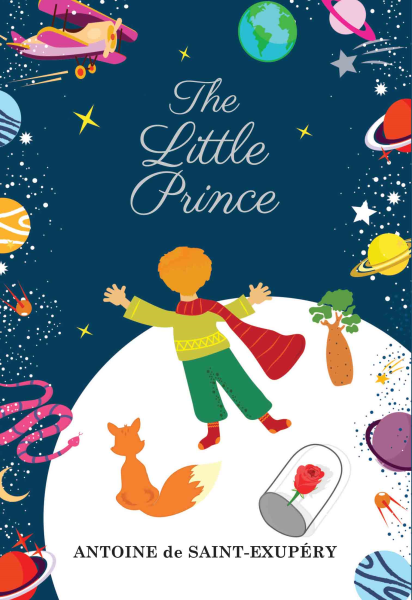 The Little Prince is a tender tale of friendship, love and loss by the French aviator Antoine de Saint- Exupéry. Originally published as Le Petit Prince, in French, it has been voted the best book of the 20th century in France.

The story is told by a narrator, who crashes in the Sahara and happens to meet a young boy called the ‘little prince’ who has golden hair and an endearing laugh. During the next eight days, while the narrator attempts to repair his plane, the little prince shares the story of his life. The little prince describes life on his tiny home planet—a little asteroid, which has three volcanoes and various plants. This delightful children’s fable makes insightful comments about life and human nature.

Antoine Marie Jean-Baptiste Roger, comte de Saint- Exupéry (1900–1944), was a French aristocrat who was known as a pioneering aviator and writer. He is best known for his novella The Little Prince (Le Petit Prince) and for his memoir Wind, Sand and Stars. He received several of France’s highest literary awards and the United States National Book Award. His plane went missing over the Mediterranean Sea in July 1944. He is believed to have passed away at that time.
No Review Found
More from Author