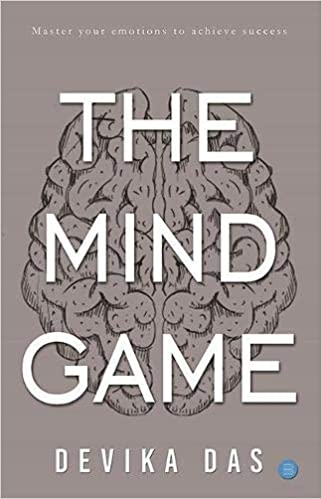 Happiness, stress, ecstasy or depression, it s all a mind game. As long as our mind is under our control, everything else is. That s what The Mind Game is all about. It is not an average self-help book that preaches life-enhancing methodologies based on complex science or long philosophical verses. The book s genius lies in its simplicity. It offers quick, actionable and instantly applicable tips that will help readers lead better lives, instantly.

An award-winning poet and a bestselling author, Devika Das has 5 publications under her name. What began as a hobby at the age of 13, graduated into blogging in 2008 and took shape of Publishing in 2016 when Devika self-published her first book titled '7 Vows of Marriage' on Amazon Kindle. Her poetry book titled 'Reminiscence' has received critical acclaim and her poems have been published in national dailies and featured in anthologies too. Her recent title 'The Mind Game' has received appreciation from India and abroad as well. She has participated in key literary events at Hyderabad and around India as well. Besides writing, Devika pursues her passion for Acting and is an active theatre artiste in Hyderabad and has featured in several short films.
No Review Found
More from Author