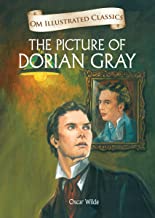 5
0%
0
4
0%
0
3
0%
0
2
0%
0
1
0%
0
"Little Women is the story of how the four sisters Jo, Meg, Amy and Beth grow up, find love and their place in the world under the loving and watchful eyes of their beloved Marmee. The little women together with their mother keep the home fires burning while their preacher father serves with the Union army during the American Civil War. The family struggles to make ends meet, with the help of their kind and wealthy neighbour, Mr. Laurence, and his highspirited grandson Laurie. The book shows how in all times, love and hope are the most faithful companions when all else fails. Honest and true intentions are really the most valuable possessions one can have. The novel emphasises the beauty of simplicity and the importance of small"