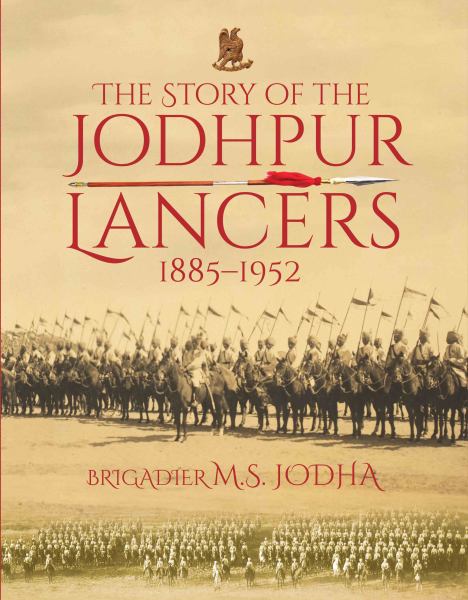 The history of the erstwhile State of Jodhpur is a record of heroic exploits, epic victories and magnificent gallantry displayed by its army. The Story of the Jodhpur Lancers is a remarkable narrative of the warriors of this Indian Princely State—prior to, and during the First and Second World Wars—and of how the friendship between an Indian Prince, Sir Pratap Singh, and British royalty contributed to the Allied War efforts. This book provides a comprehensive historical account of the Jodhpur Lancers—their origin, their deeds and dash and their role in the armies of British India and their Princely State. Featuring rare photographs, maps, documents and sketches, this book is a richly illustrated kaleidoscope packed with historical data assembled from a wide variety of sources, much of it previously unavailable. The author has taken the skeins of Jodhpur history and woven them expertly to create a fascinating story. The Story of the Jodhpur Lancers also reminds us, lest we forget, of the sacrifice of so many Indians who fought in the Great War and who died in foreign lands, as brave sons of India. The book contains detailed information about the Jodhpur Lancers and the mavericks who won fame at the Battle of Haifa in 1918, during the Great War.

Brigadier Mahendra Singh Jodha was commissioned into the Indian Army on 14 December 1985. He is a third-generation officer from his family and both his sons are also serving as officers in the Indian Army to continue the legacy. He is an alumnus of Sainik School, Chittorgarh; National Defence Academy, Khadakwasla and post-graduate of Defence Services Staff College, Wellington. The authorâ€™s interest in the Indian story of the Great War grew out of his research into the wartime experience of his grandfather, who led the famous cavalry charge by the Jodhpur Lancers at Haifa, on 23 September 1918. His research work of more than a decade paved the way for immortalising the valour of Indian soldiers in the eyes of India and the world.
No Review Found