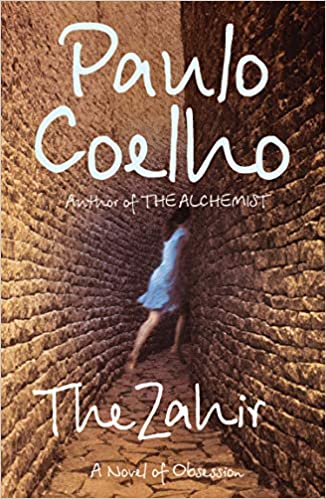 5
0%
0
4
0%
0
3
0%
0
2
0%
0
1
0%
0
The Zahir: A Novel of Obsession is a novel by the world famous Brazilian novelist Paulo Coelho. The novel was originally written in the author's native language, Portuguese. The book is about a pilgrimage. It deals with the themes of love, obsession and loss. This book is considered to be a follow-on to the author's earlier book The Alchemist. The meaning of the title, The Zahir, is "the obvious. " The story is narrated from a first-person perspective. A bestselling novelist lost his wife Esther. Although he enjoys the luxury brought to him by money and fame, he is unsatisfied due to his missing wife and goes on a search for her. Meanwhile, the police suspects his hand in the disappearance of his wife. Amidst the chaos, the narrator looks back at his own life to examine what went wrong that made his wife disappear. During a book launch, he encounters Esther's friend Mikhail. From him, the narrator learns that Esther left him in search of peace as she could not find one with him. Knowing that his wife left him in search of finding peace, the narrator realises that in order to find his wife and get back to her, he must search for his own self. So, the narrator starts his pilgrimage on the quest of finding himself. The Zahir: A Novel of Obsession was published by Harper as a new edition in the year 2005. It is available in paperback. Key Features This book was translated into 44 languages. The book has sold more than 30 million copies.