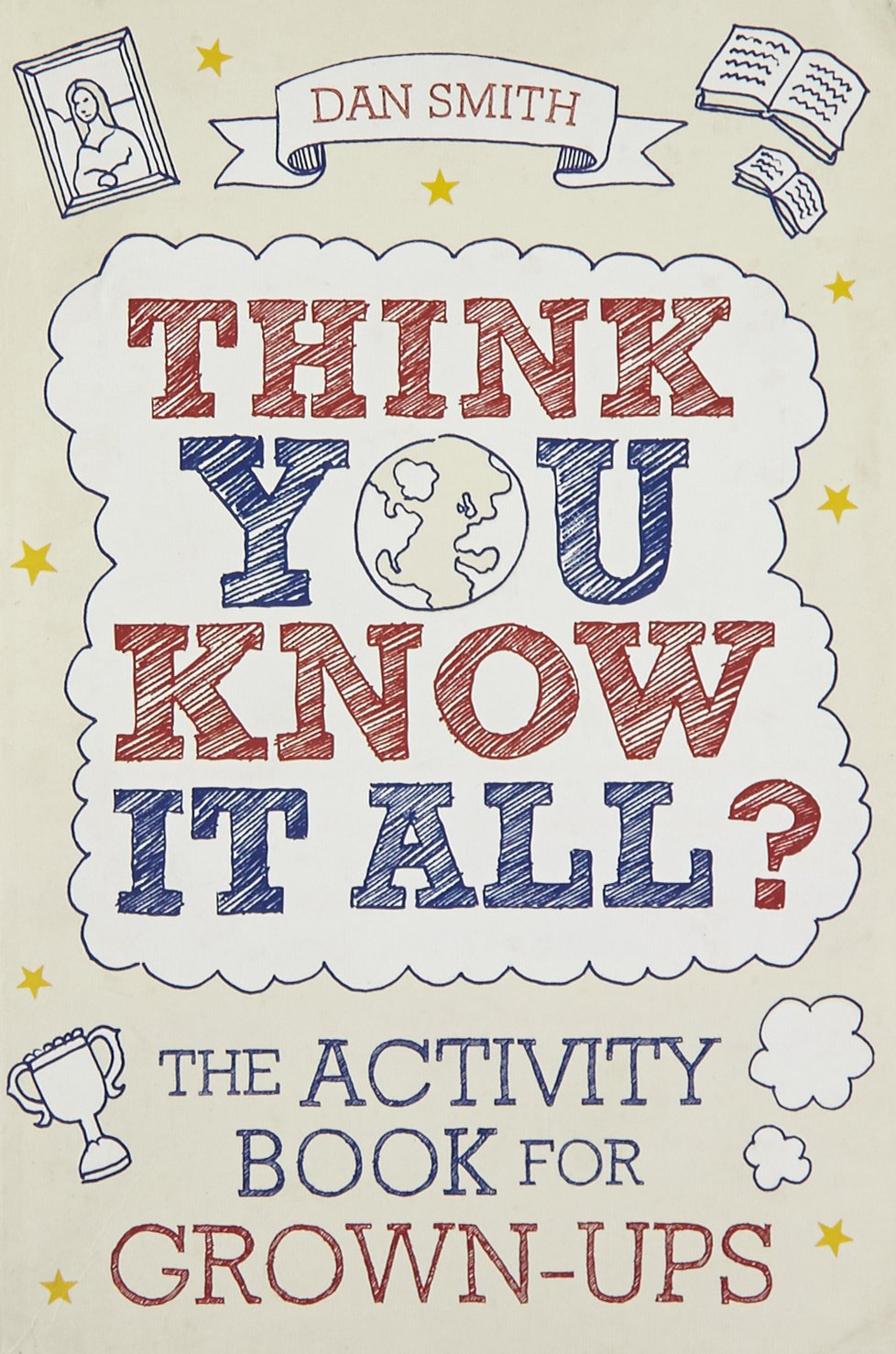 Think You Know it All?: The Activity Book for Grown-Ups (Know it All Quiz Books)

A cracking general knowledge test - The Quiz Addict blogWere your school exercise books adorned with huge ticks, glowing comments and gold stars? Did you win prizes for your awe-inspiring performances on the toughest of tests? Do you still think you know it all? This is your chance to prove it as you work your way through a vast array of general knowledge head scratchers in Think You Know It All? If you reckon you've got what it takes to list the capitals of Europe, name the 52 states of the USA, check off all 38 Shakespeare plays, or recall all the James Bond films (in order), let's find out. With space to scribble, tick and graffiti, as well as an answers section for when you admit defeat, this book will entertain and challenge in equal measure.

Daniel Smith is a non-fiction author and editor who has written across a range of subjects, including politics, economics and social history. He is the author of The Little Book of Big Ideas: 150 Concepts and Breakthroughs that Transformed History and the 'How to Think Like ...' series for Michael O'Mara Books, which has been published in 20 languages and sold over 450,000 copies worldwide. He is also a long-time contributor to The Statesman's Yearbook, the geo-political guide to the world that celebrated its 150th anniversary in 2013. He lives in London with his wife and two children.
No Review Found
More from Author