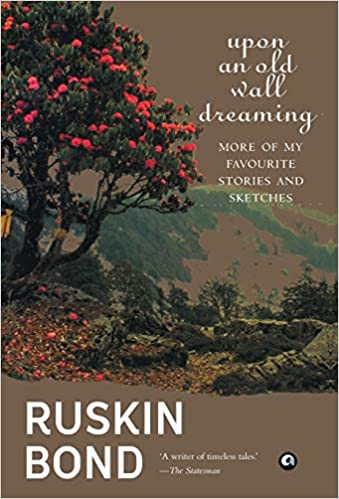 Upon an Old Wall Dreaming

Ruskin Bond’s writing brings the world to us in profound and remarkable ways. His signature style is simplicity itself, but the themes he tackles are big, deep and universal—love, loss, happiness, grief, and all the shades of emotion in between. These are stories of city and small town, mountain and lowland, and of life lived slowly and lightly. For over fifty years, these tales have charmed and beguiled several generations of readers. Last year, Ruskin Bond made a selection of his favourite stories (from the several hundred that he has written) that were published in a book entitled A Gathering of Friends. It proved to be enormously popular, selling out in a matter of weeks. Encouraged by its success, the author has made a further selection of his favourite stories and non-fiction sketches, leavening the mix with several pieces that have never been published before. It is a collection that will burnish his reputation as one of the world’s great storytellers

Ruskin Bond\'s first novel, The Room on the Roof, written when he was seventeen, won the John Llewellyn Rhys Memorial Prize in 1957. Since then he has written several novels (including Vagrants in the Valley, A Flight of Pigeons and Delhi Is Not Far), essays, poems and children\'s books, many of which have been published by Penguin India. He has also written over 500 short stories and articles that have appeared in a number of magazines and anthologies. He received the Sahitya Akademi Award in 1993 and the Padma Shri in 1999.
More from Author