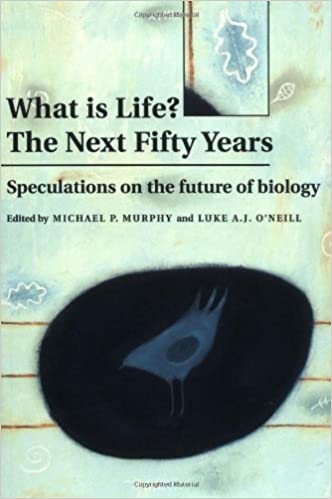 What is Life? The Next Fifty Years: Speculations on the Future of Biology

Erwin Schrödinger's book What is Life? had a tremendous influence on the development of molecular biology, stimulating scientists such as Watson and Crick to explore the physical basis of life. Much of the appeal of Schrödinger's book lay in its approach to the central problems in biology - heredity and how organisms use energy to maintain order - from a physicist's perspective. At Trinity College, Dublin a number of outstanding scientists from a range of disciplines gathered to celebrate the fiftieth anniversary of What is Life? and following Schrödinger's example fifty years previously, presented their views on the current central problems in biology. The contributors to this volume include Stephen Jay Gould, Roger Penrose, Jared Diamond, Manfred Eigen, John Maynard Smith, Christien de Duve and Lewis Wolpert. This collection is essential reading for anyone interested in biology and its future.

Michael P. Murphy is Director of the Hank Center for the Catholic Intellectual Heritage at Loyola University Chicago. He is the author of A Theology of Criticism: Balthasar, Postmodernism, and the Catholic Imagination (2008). Recent writings include Breaking Bodies: O'Connor and the Aesthetics of Consecration, in the edited volume Revelation and Convergence (2017). Melissa Bradshaw is a Senior Lecturer in English at Loyola University Chicago. Her work focuses on publicity, personality, and fandom in twentieth-century British and American poetry. Her book Amy Lowell, Diva Poet (2011) won the 2011 MLA Book Prize for Independent Scholars. She has also published on Edith Sitwell, Edna St. Vincent Millay, and on divas more generally.
No Review Found