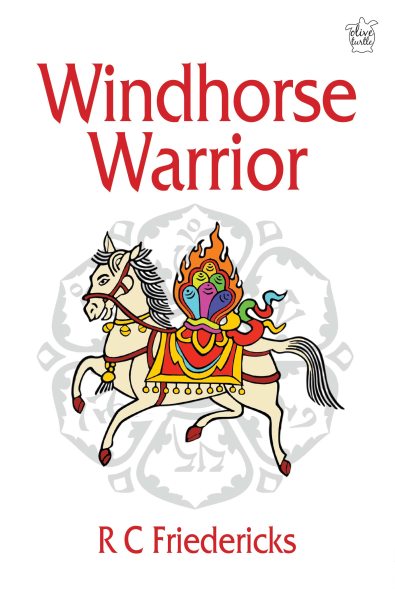 Windhorse Warrior offers an inside look at the struggles and aspirations of the Tibetan people during the 1950s. It is a tale that weaves together the politics of occupation and resistance, an other-worldly romance between a Chinese communist and an educated Tibetan woman, and the soaring vision of the Tibetan spiritual heart.

Chuang Wei Ming, a young zealot from Shanghai, arrives in Lithang—on the eastern Tibetan plateau—with a mission to prepare the people for Maoism but soon outgrows its limiting worldview. Chuang falls in love with the beautiful and intelligent Dechen, who introduces him to the richness of Tibetan Buddhism. Palden Rinpoche, Dechen’s spiritual teacher, includes Chuang in their plan for a general spiritual awakening based on the Legend of King Gesar of Ling. Together, they pursue a pure communism infused with Buddhist teachings to create an ‘enlightened society’.

This is a story that extends beyond the decade in which it is set. Its message is true today in the global context of oppression and disparity, fake news, and injustice. Those who believe in a just and beautiful world will find themselves longing for an ‘enlightened society’ filled with spiritually awakened women and men, free to pursue their true potential and eager to enrich the lives of others.

R C Friedericks, or Rishi as he’s known lovingly since his teen years in India, grew up in China, India, and Nepal. He is the son of an American doctor who founded a hospital in Tansen, Nepal. A lifelong interest in the plight of the Tibetan people began when refugees, streaming out of Tibet in the early 1960s, came for treatment at the hospital. The Dalai Lama often visited Woodstock School in Mussoorie, India, where Rishi was a student. He attended university in USA, followed by film school in London. After a varied career, from media producer in Nepal to high school teacher in Hong Kong, Rishi is now retired and lives with his wife, Suzanne, in the beautiful Pacific Northwest of USA.