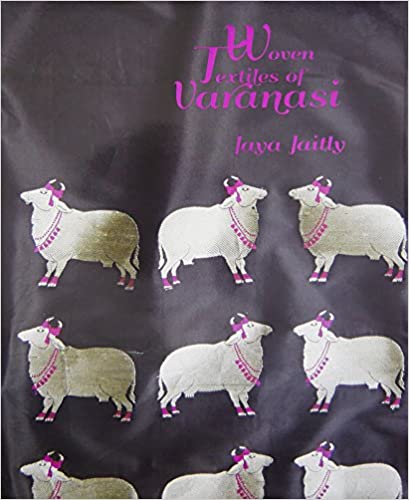 5
0%
0
4
0%
0
3
0%
0
2
0%
0
1
0%
0
One of the strongest and best known traditions of weaving in India is situated in Varanasi. It has had a tumultuous history of ups and downs but has steadfastly refused to be obliterated. Many cities have risen and fallen, but Varanasi clings to its title as the oldest living city in the world. The River Ganga flows by, offering a sense of sacredness, continuity and eternal salvation for those whose last rites are performed on its banks. Hundreds of thousands of visitors touch upon Varanasi as a place of pilgrimage, to connect with history or to get under the skin of India's spirituality. Against this backdrop, the author, Jaya Jaitly emphasises the need to acknowledge the beauty of Varanasi's textiles emerging out of age-old traditions and techniques. She highlights the danger of the loss of livelihoods and highly sophisticated skills. The erosion of identity and importance in the wake of machine-made imitations being produced in other parts of the world has already begun. The book also presents a significantly curated cross - section of the textile treasures offered by Varanasi. She combines the past and the present, linking them to different moments in the city's history, and makes a powerful case for rediscovering, preserving and patronizing these textile treasures that are inextricably bound to the ancient aura of the city.

Jaya Jaitly belongs to Kerala, and graduated in English Literature from Smith College in Northampton, Massachusetts, USA. She is the Founder-President of the Dastkari Haat Samiti, a nationwide association of craftspeople. It trains, promotes and organizes its members for better marketing through many innovative strategies.
No Review Found
More from Author