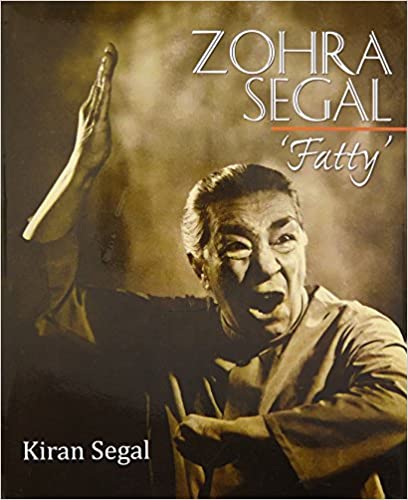 This is the story of the talented actress, in the words of her daughter, Kiran. It is a loving tribute to Zohra. Accompanied by photographs and an occasional sketch made by the young Zohra, this is much more than a collector’s item.

Kiran Segal is one of the most innovative and outstanding dancers/choreographers of Odissi.She has performed in forty-one countries all over the world and has also participated in major dance festivals. She has been honoured with several titles and awards for her dedication and contribution to Indian classical dance, including the Sangeet Natak Akademi Award,2002; the Padmashree in, 2002, the Neelamadhava Award, 2002; the Kala Shreshtha Sammaan, 2000; the Indira Gandhi Priyadarshini Award, 2000; the Nritya Vilas, 1993; the Nritya Saraswati, 1991; the Parishad Sammaan, Delhi Government, 1986; the Shringaar Mani, 1979 and the Kala Mani, 1976. In 2011, she was given the Meri Dilli award for her contribution to culture. Kiran’s single-minded and deep-rooted attachment to dance has led her to establish Pallavi—Odissi Nritya Sangeet Vidyalaya in New Delhi.
No Review Found
More from Author