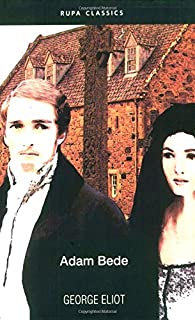 5
0%
0
4
0%
0
3
0%
0
2
0%
0
1
0%
0
Adam Bede is set in pre - industrial England, in a society that is static, hierarchical and close to nature. Adam Bede is the lover of Hetty Sorrel, who is seduced by Arthur Sonnithorne. The book traces the trials of Hetty beginning with her journey to Windsor and ending with her imprisonment.