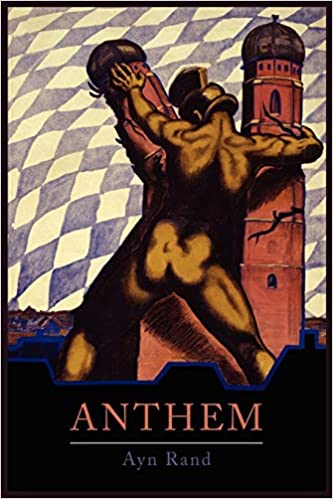 5
0%
0
4
0%
0
3
0%
0
2
0%
0
1
0%
0
2012 Reprint of 1946 Edition. Exact facsimile of the original edition, not reproduced with Optical Recognition Software. "Anthem" is a dystopian fiction novella that takes place at some unspecified future date when mankind has entered another dark age characterized by irrationality, collectivism, and socialistic thinking and economics. Technological advancement is now carefully planned (when it is allowed to occur at all) and the concept of individuality has been eliminated (for example, the use of the word "I" or "Ego" is punishable by death). The hero of the story is named "Equality 7-2521" and is described as a "six feet tall, 21 year old male". Equality 7-2521 experiments with electricity to become a literal and figurative bringer of light, similar to Prometheus. He is named the "The Unconquered" by Liberty 5-3000, and also named himself Prometheus.