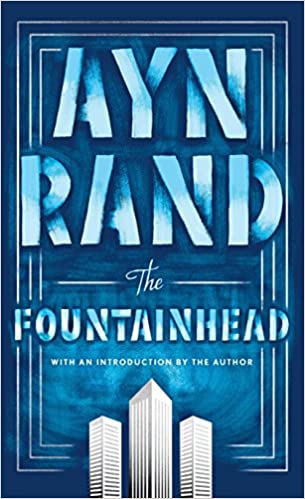 Howard Roark, the protagonist of the story is an architect and a firm opposer of collectivism. It is his firm belief than only an individual's vision can be effective in producing genuine art. Mediocrity in art may get rampant if interference by committees and councils is allowed. The Fountainhead is his journey against tradition and his fight against the system.

Peter Keating, Howard's arch rival has beliefs that are the opposite of Howard.'s There are also others that stand in Howard's way. Dominique Francon, the heroine of the story is shown to emerge as a strong, independent woman as the story develops.

Through much of the book the author has expressed her strong personal views against collectivism through the protagonist. It is a journey of a single person against an entire tradition and system to break free. Will Howard survive the war or will be forced to accept the system? The Fountainhead was published by Signet in the year 1996 and is available in paperback.

An epitome of versatility, Ayn Rand was a screenwriter, playwright, philosopher, political activist and bestselling author. She is best known for her two best-selling novels, The Fountainhead and Atlas Shrugged. Ayn Rand was an ardent supporter of rational and ethical egoism and rejected ethical altruism. She developed her own philosophical system named Objectivism. Ayn was also a supporter of the popular laissez-faire capitalism concept for protection of individual human rights. She died in the year 1982.
More from Author