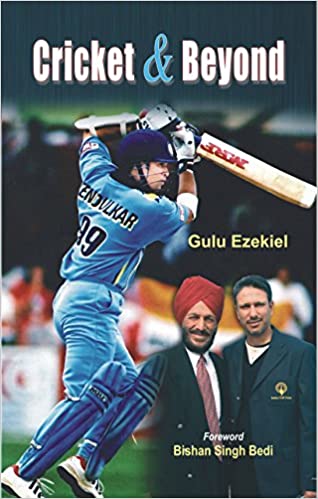 5
0%
0
4
0%
0
3
0%
0
2
0%
0
1
0%
0
Gulu wears his passion on his sleeve and on the numerous TV debates in which we have featured together I have found we are on the same wavelength when it comes to issues and controversies concerning cricket. This book contains an impressive array of guluâ€™s articles on a wide range of sports with an emphasis on cricket which is so close to guluâ€™s heart. There are numerous articles on the India premier League in this collection stretching back to its origins and the reader can judge for himself how perceptive Gulf has been on this vexing issue. On this we share common ground and many of our dire predictions on what we both consider a cancer in the game have proved uncannily correct. Besides controversies, there is much to celebrate as well in this anthology and I wish both the book and its author all the best while looking forward to another such collection 20 years down the line! â€”From the foreword ofbishan Singh Bedi.

GULU EZEKIEL (born 1959) is one of the countryâ€™s most prolific and well-known sports journalists. Having begun his career in Madras in 1982, Gulu went freelance in 2001 after moving to New Delhi ten years earlier. In those ten years he served in a senior capacity in numerous media organisations, reporting on major sporting events both in India and abroad. Gulu has extensive experience in print, radio, TV and internet and has written thousands of articles for nearly 100 publications from around the world. Today he is a familiar face on numerous TV channels as a guest expert. His first book was released in 1992. This is his 14th and contains a selection of 40 of his best articles over the three decades of his career.
No Review Found
More from Author