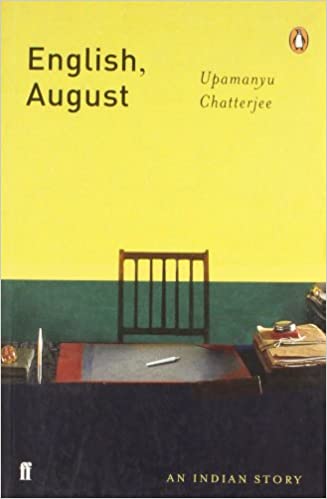 5
0%
0
4
0%
0
3
0%
0
2
0%
0
1
0%
0
Agastya Sen is a young Indian civil servant whose imagination is dominated by women literature and soft drugs. As the novel opens he has been posted to the small provincial town of Madna. English August is a funny, wryly observed account of Agastya Sen's year in the sticks.

Born in India, UPAMANYU CHATTERJEE attended St. StephenÂ’s College in Delhi. He joined the Indian Administrative Service in 1983, later moving to the United Kingdom to serve as the Writer in Residence at the University of Kent. A writer of short stories and novels, he was appointed Director of Languages in the Ministry of Human Resource Development for the Indian government.
AKHIL SHARMA was born in Delhi, India. He grew up in Edison, New Jersey. His stories have appeared in the Best American Short Stories anthology, the O. Henry Award Winners anthology, The Atlantic Monthly, and The New Yorker. He is a winner of The Voice Literary SupplementÂ’s Year 2000 'Writers on the Verge' Award.