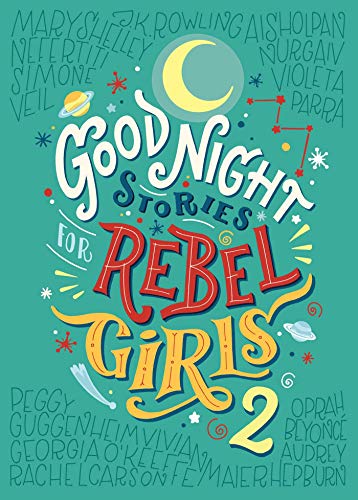 100 new bedtime stories, each inspired by the life and adventures of extraordinary women from Nefertiti to Beyonce. The unique narrative style of "Good Night Stories for Rebel Girls" transforms each biography in a fairy-tale, filling the readers with wonder and with a burning curiosity to know more about each hero. Good Night Stories for Rebel Girls 2 boasts a brand new graphic design, a glossary and 100 incredible new portraits created by the best female artists of our time.

Francesca Cavallo and Elena Favilli grew up in Italy. They are New York Times best-selling authors whose work has been translated into more than thirty languages and they have written for and been reviewed in various publications, including The Guardian, Vogue, The New York Times, El Pais, The Los Angeles Times, Colours Magazine, Corriere Della Sera and La Repubblica. They are the founders of Timbuktu and they live in Venice, California.
No Review Found
More from Author