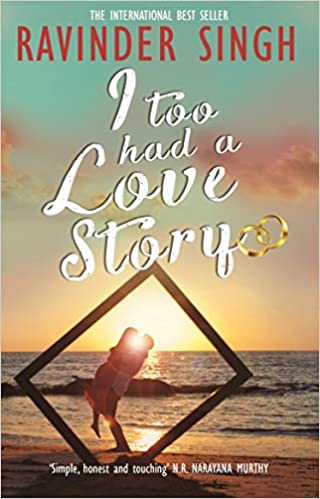 I too had a Love Story

THE MULTI-MILLION-COPY BESTSELLER: a heartbreaking true story that has broken records in India and will make you believe in the power of love.

I TOO HAD A LOVE STORY is the tender and heartfelt tale of Ravin and Khushi - two people who found each other on a dating website and fell in love . . . until life put their love to the ultimate test.

Do love stories ever die? How would you react if a beautiful person came into your life, and then leaves it, forever?

Romantic, emotional and sincere, this heartbreaking true story has already touched a million hearts. This is a must-read for anyone who believes in the magic of love.

K N Choudhary took B A degree with rank in Sociology and MA and MPhil in the same discipline and started his career as a teacher and simultaneously drawn in to social work working for the poor women . As the demand of social work become more pressing, he gave up the job and devoted himself to the cause of the backward classes and the various problems faced by them and the upliftment of the suffering humanity.

Ravinder Singh was born in a Sikh family in Kolkata in the year 1982. He spent 25 years of his life in Burla, Odisha. Having worked with some of Indias prominent IT companies, Singh graduated with a Masters in Business Administration from the reputed Indian School of Business. Singh previously wrote I Too Had a Love Story, which was released in the year 2008. The author interacts with his fans through his official Facebook page and enjoys Punjabi music when he is not busy working on his novels.
More from Author