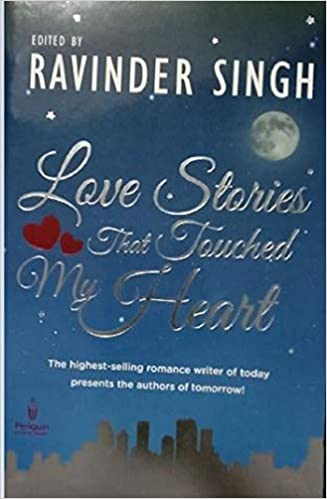 Love Stories That Touched My Heart

5
0%
0
4
0%
0
3
0%
0
2
0%
0
1
0%
0
Love—only a four letter word, yet it’s so powerful that it can conquer anything in this world! We’ve all experienced the first flush of love and remember the lingering fragrance of it. For ages Love has remained one of the most cherished experiences that everyone wishes to live through at least once. Humanity, time and again, has coined many definitions to describe this beautiful emotion, but this small word is a feeling that can't simply be defined. It has to be narrated . . . in the form of stories—love stories. Love Stories That Touched My Heart is a collection of such stories from readers who have a tale to tell, shortlisted from over 2000 entries that were submitted in a competition conducted by Penguin India. Selected and edited by Ravinder Singh, this anthology—made up of the stories that touched Ravin’s heart the most—will make you believe that someone, somewhere, is made for you.

Ravinder Singh was born in a Sikh family in Kolkata in the year 1982. He spent 25 years of his life in Burla, Odisha. Having worked with some of Indias prominent IT companies, Singh graduated with a Masters in Business Administration from the reputed Indian School of Business. Singh previously wrote I Too Had a Love Story, which was released in the year 2008. The author interacts with his fans through his official Facebook page and enjoys Punjabi music when he is not busy working on his novels.
No Review Found
More from Author