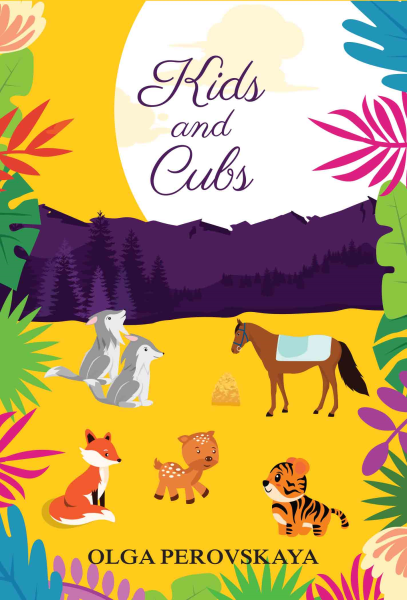 Kids and Cubs is a delightful collection of reminiscences of the happy childhood of the author and her family in rural Kazakhstan (then part of the USSR). It describes their life amidst nature and a collection of animals that they took care of, including a pair of wolves, a Siberian stag, a fox, a tiger and a stallion.

The stories are full of warmth and humour and the personalities of the author, her parents, her sisters (Sonya, Yulia and Natasha) and their pets, are charmingly described. The stories also exemplify life lessons of friendship, courage and fortitude that will stay with the reader for a long while after reading them.

This edition includes timelines of the author’s life and the original year of publication that provide the literary, historical and cultural context of the book.

Olga Perovskaya (1902–1961) was a children’s writer in the erstwhile Soviet Union. She is best known for her book Kids and Cubs (Rebyata i Zveryata) based on her childhood in Kazakhstan. Kids and Cubs is popular around the world and has been translated into several languages. During the Great Purge, she was arrested and sent to prison for 10 years but was later released and sent into exile.
More from Author