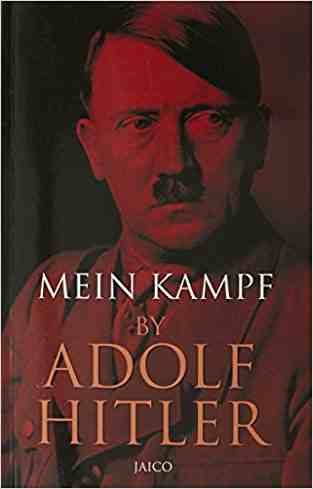 Mein Kampf is perhaps the only notable work written in two volumes by Adolf Hitler, in 1924. Hitler was arrested when he took out a mass demonstration in favour of national unity for the formation of a socialist German state. He was tried by the People’s Court in Munich and subsequently, imprisoned for thirteen months where he wrote the first volume. The second volume was written after he was released. This book will give you an insight into one of the greatest tyrant of this century, his political ideals, beliefs and motivation, and his struggle to consolidate Germany into one great nation.

First published in Vienna in 1935, Hitler’s Lies by Irene Harand, is a challenge to the arguments, assumptions and actions of the German dictator, Adolf Hitler. In this book Harand explodes the myth of racial and national superiority. It, therefore, lies in the interest of truth to make public answer to the Nazi Bible, Mein Kampf, (Hitler’s autobiography) and to ascertain whether the main doctrines of this book, upon which the Nazi political state is founded, can bear critical examination before the civilized world.
No Review Found
More from Author