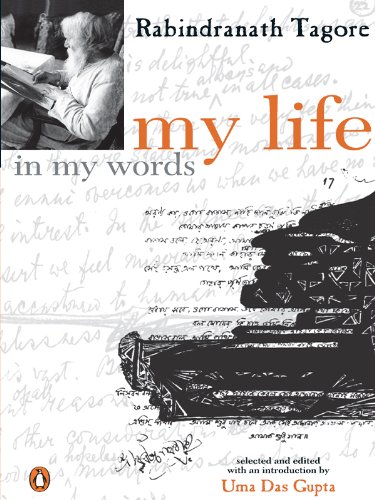 My Life In My Words

5
0%
0
4
0%
0
3
0%
0
2
0%
0
1
0%
0
A unique autobiography that provides an incomparable insight into the mind of a genius The Renaissance man of modern India, Rabindranath Tagore put his country on the literary map of the world when he won the Nobel Prize for Literature in 1913. My Life in My Words is, quite literally, Tagore on Tagore. Uma Das Gupta draws upon the vast repertoire of Tagore’s writings to create a vivid portrait of the life and times of one of India’s most influential cultural icons. The result is a rare glimpse into the world of Tagore: his family of pioneering entrepreneurs who shaped his worldview; the personal tragedies that influenced some of his most eloquent verse; his groundbreaking work in education and social reform; his constant endeavour to bring about a synthesis of the East and the West and his humanitarian approach to politics; and his rise to the status of an international poet. Meticulously researched and sensitively edited, this unique autobiography provides an incomparable insight into the mind of a genius.