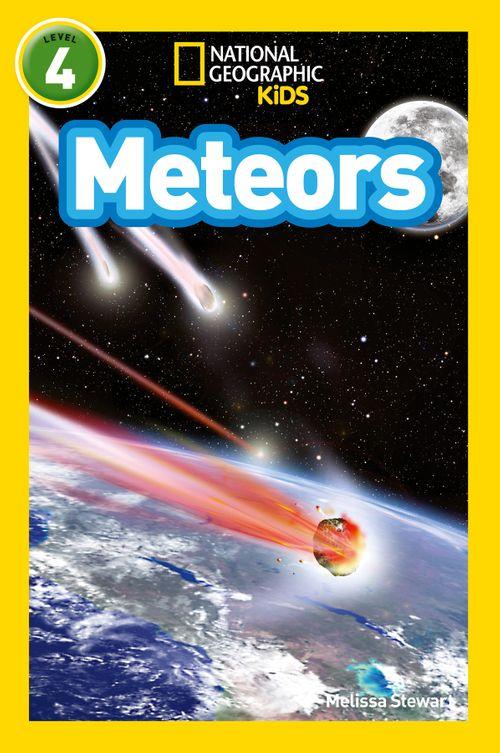 National Geographic Primary Readers is a high-interest series of beginning reading books that have been developed in consultation with education experts. The books pair magnificent National Geographic photographs with lively text by skilled children’s book authors across four reading levels.

Blast off on a trip to discover the fascinating world of meteors. In this image-packed book, kids will learn all about these objects hurtling through space – and into our atmosphere. This level 4 reader is written in an easy-to-grasp style to encourage the scientists and explorers of tomorrow!

Perfect for kids who are reading on their own with ease and are ready for more challenging vocabulary with varied sentence structures. They are ideal for readers of White and Lime books.

Melissa Stewart earned degrees from Union College and New York University and worked as an editor. She is the author of more than 150 books. The idea for the A Place for? books came to her while she was writing an article for a magazine. She wanted young readers to understand how their choices and actions can have a direct impact on the creatures that share our world. Growing up, Howard Gray was captivated by animals and nature, a fascination probably fuelled by living in some interesting parts of the world as work took his parents from place to place. He holds a BSc in Zoology and a PhD in Arabian bottlenose dolphin genetics. Howard has returned to his dream career children's book illustration These days, Howard lives in the picturesque city of Durham, where he enjoys eating cake and going for walks along the beach at Tynemouth to keep nature nearby.
No Review Found
More from Author