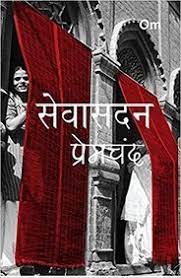 5
0%
0
4
0%
0
3
0%
0
2
0%
0
1
0%
0
Sevasadan (the house of service), originally written in Urdu under the title bazaar-e-husn (market of beauty), is one of the most iconic novels by 'up any as SA Mr at' Munshi Premchand, first published in Hindi in 1919. A Brahmin woman is beguiled into a loveless marriage owing to her family's poverty. Suman's journey from her maternal home to an orphanage, sheltering daughters of courtesans, is a life-changing one. Premchand offers an incisive and yet a sensitive representation of a 'fallen' Woman in a hypocritical patriarchal society at the turn of the 20th century. Suman's Reformation is a powerful narrative revolving around themes of sexuality, matrimony and prostitution. Set in Varanasi, sevasadan foregrounds the sociocultural history of India through a woman's gaze.