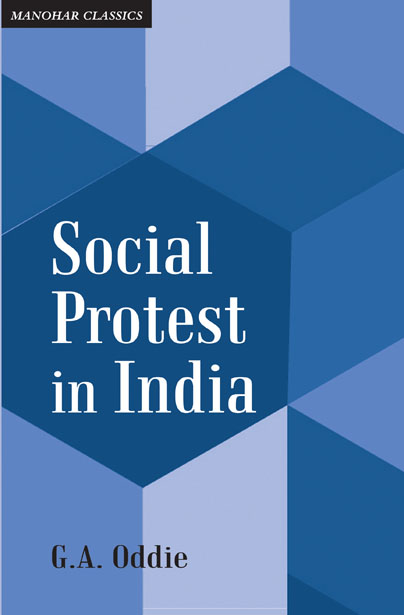 This study of British missionary activity in the later nineteenth century India focuses attention on the missionaries` concern with social issues and involvement in agitation for social reform. With no stake in the Indian social system, the missionaries were sometimes more outspoken than the Hindu reformers in attacking social evils. They were also involved in controversies over the status of Hindu women, in campaigns against European abuse of Indian labour, in temperance campaigns, and in crusades for reform of opiumâ€…system.

In the course of his analysis, the author not only raises questions about the nature and ramifications of the missionary movement itself, but also about the attitude of the educated elite and the nature of the forces opposingâ€…reformsâ€…withinâ€…Indianâ€…society.

What, for instance, were the missionaries` objectives and why, if con­version with their ultimate aim, were they so concerned with these social issues? Was their social zeal exogenous in its origin or indigenous? How far were they divided among themselves and why? Again how far did they help to shape Indian views and influence Government policy? What was the relationship between Indian and missionary social reformers? And, what light do the Indian attitudes towards missionary participation in social reformâ€…throwâ€…onâ€…theâ€…forcesâ€…atâ€…workâ€…withinâ€…theâ€…society?

These and other questions are raised and discussed in this volume which should be of considerable interest to historians and other scholars concerned with South Asian society and with the nature and impact of Christianâ€…missionsâ€…inâ€…Indiaâ€…andâ€…elsewhere.

Geoffrey A. Oddie is an Honorary Associate in the Department of History, University of Sydney. He has taught in India as well as in Australia and was a visiting fellow at JNU, New Delhi. His works include Popular Religion, Elites and Reform: Hook Swinging and its Prohibition in Colonial India, 1800-1891 (1995); Imagined Hinduism: British Protestant Missionary Constructions of Hinduism, 1793-1900 (2006), (Hindi translation 2019) and Series Editor of Hinduism in India: Modern and Contemporary Movements (2016) and Hinduismâ€…inâ€…India:â€…Theâ€…Earlyâ€…Periodâ€…(2017).
No Review Found
More from Author