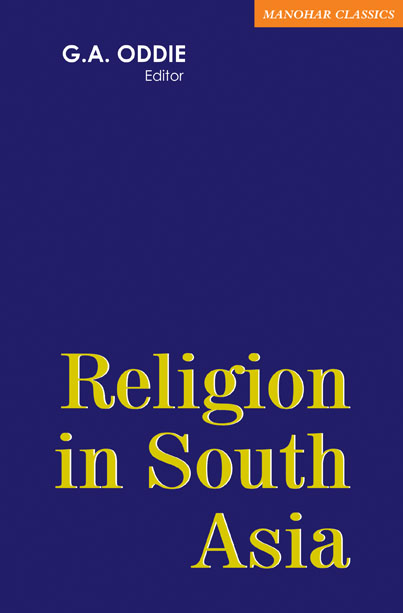 In spite of the way in which the rise and development of a wide range of different religious communities have affected the course of South Asian history, we still know very little about how and why these communities developed in the way they did, why they experienced different rates of growth and why some of them are larger and more influential than others.

The answer to these questions lies, at least in part, in the rise and growth of conversion movements involving changes in communal affiliation. But what is conversion and what are conversion movements? What do con­version movements have in common and how do they differ from one another? How have they spread and why have they taken place? What have been their effects on society and how do religions, losing adherents, attempt to reverse the process? These and other issues are raised and discussed by a number of scholars, most of whom are resident in Australia. What they have to say should be of interest, not only to historians, students of religion and social scientists in general, but to all those attempting to understand some of the more vital and fundamental forces at work in South Asian society today.

Geoffrey A. Oddie is an Honorary Associate in the Department of History, University of Sydney. He has taught in India as well as in Australia and was a visiting fellow at JNU, New Delhi. His works include Popular Religion, Elites and Reform: Hook Swinging and its Prohibition in Colonial India, 1800-1891 (1995); Imagined Hinduism: British Protestant Missionary Constructions of Hinduism, 1793-1900 (2006), (Hindi translation 2019) and Series Editor of Hinduism in India: Modern and Contemporary Movements (2016) and Hinduism in India: The Early Period (2017).
No Review Found
More from Author