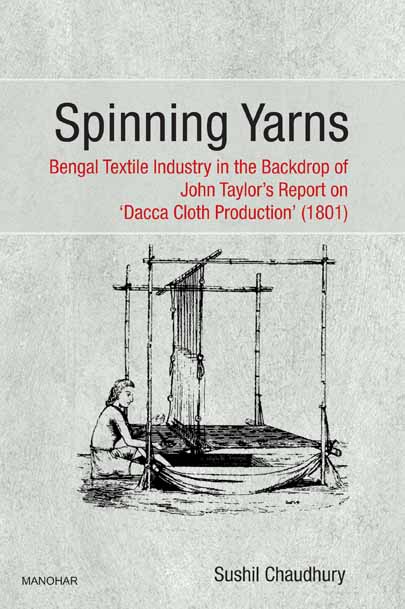 Since time immemorial Indian textiles, especially textiles from Bengal, were in great demand and exported to different parts of the world. Textiles from Bengal were appreciated by the Romans as early as first century ad. Numerous foreign travellers including Chinese, Portuguese, Arab and Persian, have mentioned the delicacy and beauty of Bengal textiles. From the mid-seventeenth century, there was a massive spurt in demand of cloth manufactured in Bengal, but after the British conquest of Bengal in 1757 this industry started to decline. This monograph traces the journey of Bengal textiles till its decline. Among the topics covered include accounts of the admiration for Bengal textiles from far and wide, the different types of textiles that were manufactured in Bengal, the major exporters, the major centres of production, the production system, the Dhaka muslin and the silk industry in Bengal, the procuring system that was adopted by the European / Asian merchants, the condition of the artisans who were the chief pillars of the textile industry and lastly the reasons behind the decline of the Bengal textile industry.

This monograph is the first comprehensive volume on Bengal textile industry. It is the outcome of the author’s four and a half decades of work on various aspects of Indian Ocean trade, the activities of the European companies and their impact on Indian / Bengal’s economy.

Sushil Chaudhaury former University Chair Professor of Islamic History and Culture, Calcutta University, was a National Research Historical Research, New Delhi (January 2014-December 2015). He did his Ph.D from the University of London as a Commonwealth Scholar. Later on he was also awarded a Commonwealth Fellowship. He was a Fellow-in- Residence at the Netherlands Institute of Advanced Study; a Fellow –in-Residence at the Rockefeller Centre, Bellagio, Italy; a Visiting Professor for several times at the M.S.H. & E.H.E.S.S, Paris. He is a Fellow of the Royal Historical Society, U.K., since 2002.
No Review Found
More from Author