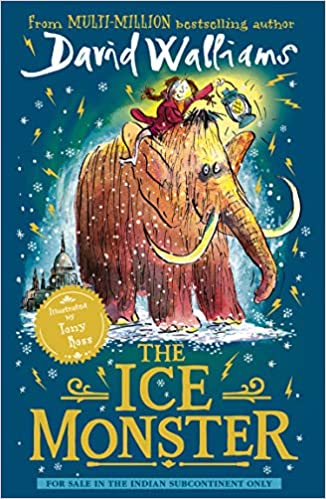 From No. 1 bestselling children’s author, David Walliams comes his biggest and most epic adventure yet! Illustrated by the artistic genius Tony Ross.This is the story of a ten-year-old orphan and a 10,000-year-old mammoth…Read all about it! Read all about it!Ice Monster Found in Artic!When Elsie, an orphan on the streets of Victorian London, hears about the mysterious Ice Monster – a woolly mammoth found at the North Pole – she’s determined to discover more…A chance encounter brings Elsie face to face with the creature, and sparks the adventure of a lifetime – from London to the heart of the Arctic!Heroes come in all different shapes and sizes in David Walliams’ biggest and most epic adventure yet!

David Walliams continues to take the literary world by storm. His tenth novel, Bad Dad, was an immediate number one, following the triumph of THE MIDNIGHT GANG, the biggest-selling childrens book of 2016. The Worlds Worst Children 2, spent four weeks at industry number one. Davids books have now exceeded 120 non-consecutive weeks at childrens number one, and have been translated into 53 languages, selling more than 26 million copies worldwide.