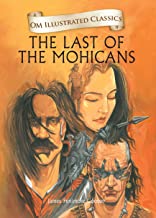 5
0%
0
4
0%
0
3
0%
0
2
0%
0
1
0%
0
In The Great Gatsby, F. Scott Fitzgerald introduces the reader to the post-war America and offers a gripping social commentary on the themes of power, crime, betrayal, greed and a vivid peek into the American life in the 1920s, also known as the ‘Roaring Twenties’. In the summer of 1922, Nick Carraway arrives in New York in pursuit of the big American dream. Nick, the story’s narrator, moves in next door to the mysterious millionaire Jay Gatsby, the host of lavish weekly parties for the rich and the fashionable. Across the bay reside Nick’s distant cousin Daisy and her philandering husband, Tom, an old classmate from Yale. Being the only link between Gatsby and his long lost love, Nick gets drawn into the enthralling world of the rich and takes the reader along on the ride, as he bears witness to their follies and emerges a new enlightened man.