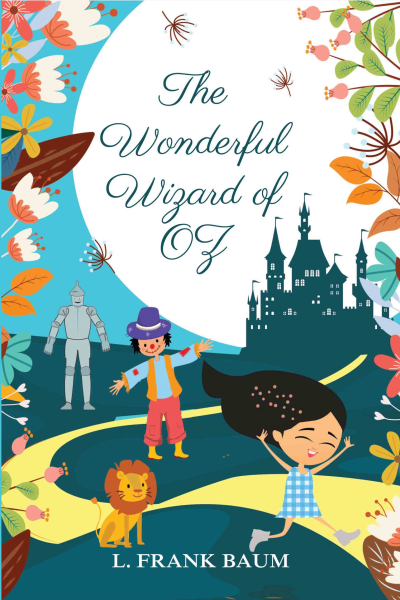 The Wonderful Wizard of Oz

The Wonderful Wizard of Oz, a ‘modernized fairy tale’, depicts the adventures of Dorothy, a young farm girl from Kansas, who is carried away by a cyclone to the magical land of Oz, along with her dog Toto. She courageously decides to find her way back home and encounters many memorable characters on her incident-filled journey.

The unforgettable characters in this tale include the cheerful Munchkins, the Scarecrow, the Tin Woodman and Cowardly Lion, Wizard of Oz, the Good Witch of the North and Glinda, the Good Witch of the South. Described as ‘America’s greatest and bestloved homegrown fairytale’ by the Library of Congress, this book is a delightful story with many subtle life lessons.

This edition includes timelines of the author’s life and the original year of publication, which provide the literary, historical and cultural context of the book.

Lyman Frank Baum (1856 –1919) was an American writer, best-known for his work The Wonderful Wizard of Oz and its 13 sequels which describe fantastical characters and situations in the magical land of Oz. He had a passion for the theatre and was keen to see his work converted to the stage or as film adaptations. This came true with the 1939 film version of his book. He wrote many other novels, short stories and scripts, some of which depict gadgets such as television, mobile phones and computers, much before they were invented.
No Review Found
More from Author