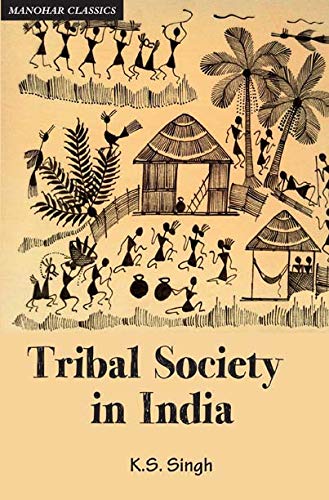 Tribes have been either romanticized as ‘delightful primitives’ or given up as ‘lost’ people on the periphery of Indian society. The autonomy of tribes, the uniqueness of their social structure, and their response to change in complex situations have not been adequately highlighted.

This pioneering study brings together historical and anthropological perspectives on change in tribal society and its wider linkages. Like other segments, tribal society has been part of the universe of Indian civilization and of its dominant social formations through history. Similar historical processes have impinged on its autonomy, and its isolation has been relative and never absolute, atleast in middle India.

According to this study, the roots of change go back to state formation, transfer of technology and culture contact. Peasants and tribes interacted over a wide spectrum. As the dominant community in some regions tribes also set the model for emulation. Colonialism profoundly disturbed the tribal society. Wide-ranging movements occurred against the colonial system which could be seen as part of the larger anti-colonial struggle; a few of them also sought autonomy.

As this study shows, with decolonization tribal society has been radically transformed. While tribals are involved in participative democracy and control political apparatus in some states, their control over environment and resources elsewhere has declined and the perception of threat to their identity sharpened. Preservation of their cultural autonomy and economic rights within the integrative framework of democracy and planned economy appears to be the only sound policy that should continue to be promoted with sympathy and understanding.

K.S. Singh was a member of the Indian Administrative Service and spent many years serving among and studying tribal communites in Chota¬nagpur. He was Director of the Anthropological Survey of India (1976-7) and as such he planned and organized All-India surveys to generate the profiles of tribal society. He is the author of Birsa Munda and His Movement in Chotanagpur, two volumes of Tribal Movements in India (1983-4). He was Director-General of the Anthropological Survey of India and the Rashtriya Manav Sangrahalay.
No Review Found