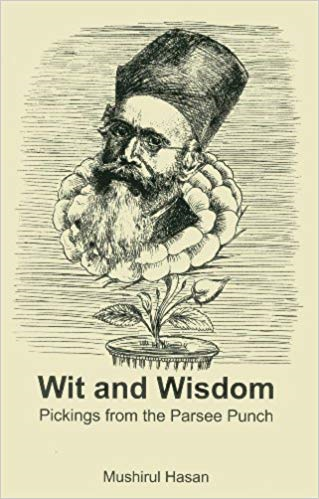 Wit and Wisdom: Pickings from the Parsee Punch

The Parsee Punch, published between 1854 and the 1930s, highlighted the relationship between public culture and colonialism. The cartoons they published illustrate, in a lighter vein, contemporary anxieties and predicaments in a witty satirical fashion. The book presents a selection from the publication.

Late Professor Mushirul Hasan was an internationally renowned historian, prolific author and former Vice-Chancellor of Jamia Millia Islamia, New Delhi. He is presently the Director-General of the National Archives of India. Professor Hasan has published books on India’s Partition, on communalism, and on the histories of Islam in South Asia. He has authored Partners in Freedom: Jamia Millia Islamia (2006); The Avadh Punch: Wit and Humour in Colonial North India (2007) and Wit and Wisdom: Pickings from the Parsee Punch (2012); and edited Mutiny Memoirs (2009); Sarojini Naidu: Her Way with Words (2012). He was also editor of the ongoing multi-volume history of the Indian National Congress, brought out by Niyogi Books starting in 2012.
No Review Found
More from Author